skip to main | skip to sidebar

The image below was shared on Facebook
It has obvious connections to positions seen in the Works of Fiore dei Liberi, if you are familiar with them, you can see it.

Various comments arose, going over the areas of the universal nature of certain actions and positions due to the morphology of the human body, the nature of influence and transmission in the form of lineage or teaching and the concept of a pan European combat "style". 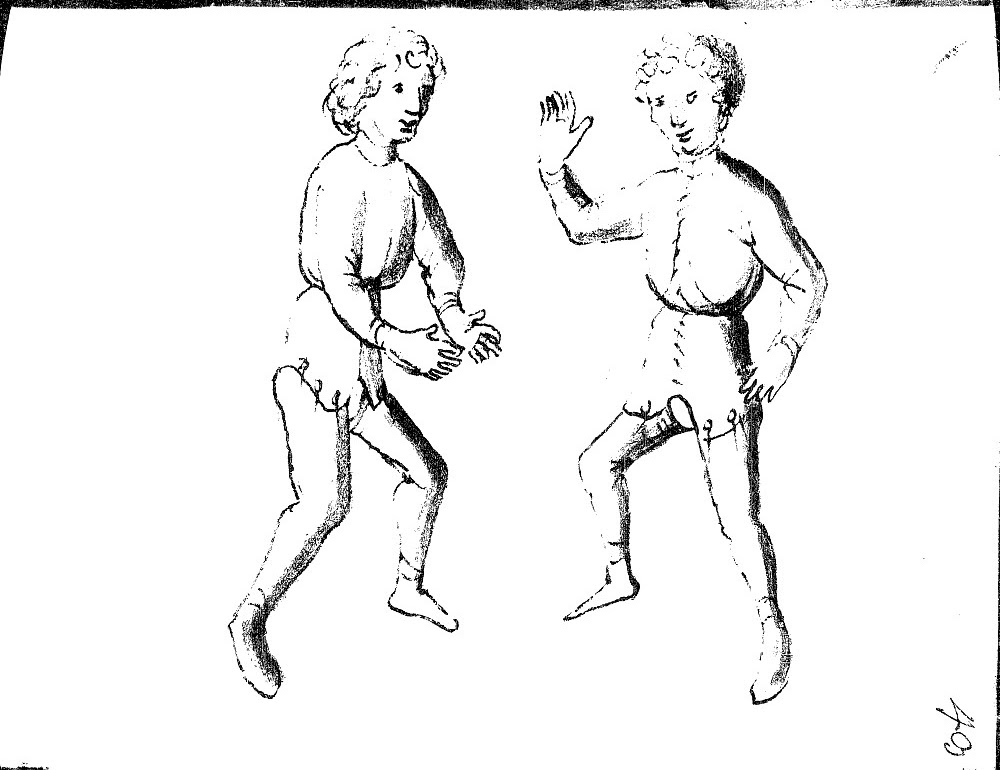 I find it interesting that when similarities between actions in different cultures, for example medieval Japan and Medieval Europe are observed and highlighted the general response is... well because the human body is basically the same the world over... so it's not surprising that we will encounter things that look and/or operate the same way. However if someone suggests that their may be some connection via lineage or direct transmission...we consider then to be a bit strange.

Yet when the same thing is observed in a similar culture or time frame and where despite cultural differences there is over lap and similarities, the attitude often flips. Now people look for and suggest, linear transmission, direct influence... Now... if one is suggesting that the similarities could be down to morphology, and facing the same problems and having the same tools to solve them often producing similar results, is treated as a little strange!

I am not holding with any faction or view point, just airing an observation on the workings of the human mind.
Best
Posted by The European Historical Combat Guild at 15:11

Please keep it relevant and civil